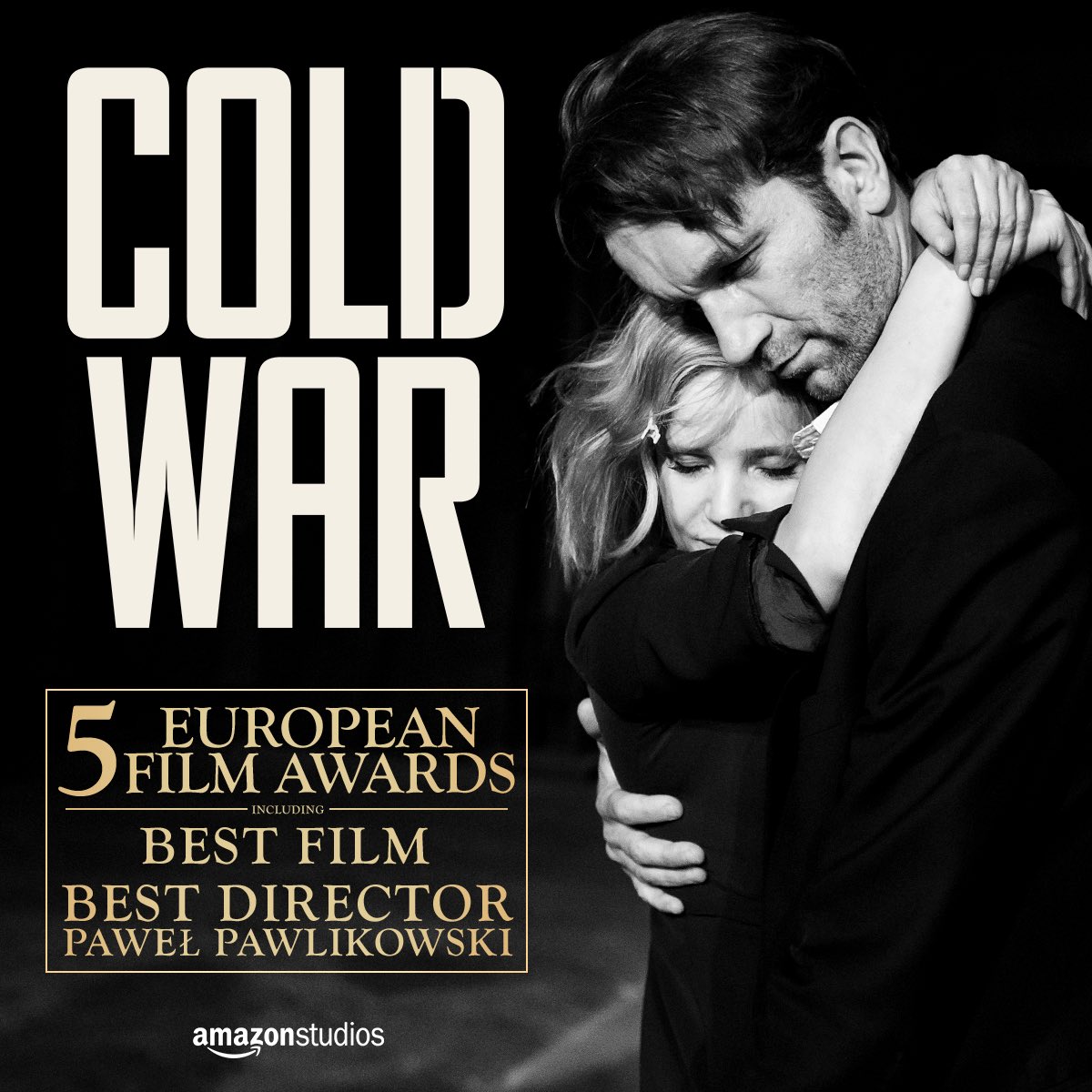 Cold War is a passionate love story between a man and a woman who meet in the ruins of post-war Poland. With vastly different backgrounds and temperaments, they are fatefully mismatched and yet condemned to each other.

Set against the background of the Cold War in 1950s Poland, Berlin, Yugoslavia and Paris, it’s the tale of a couple separated by politics, character flaws and unfortunate twists of fate – an impossible love story in impossible times.

*Your Evening Film ticket (or Festival Pass) includes a complimentary drink, appetizers, popcorn, coffee; and a chance to win the Trivia Quiz prize in the MIFF Party Tent. As you exit each film, you have the opportunity to vote for the MIFF People’s Choice Award, the "Pomme" d'Or.)

(Enjoy all four films and all four parties for only $120 with the Festival Package. After selecting your seats, simply choose the “4 Festival” pricing from the drop-down.)

(Enjoy all four matinees for only $50 with your Matinee Package. After selecting your seats, simply choose the “Matinee” pricing from the drop-down.)

Thank you to tonight's sponsors: