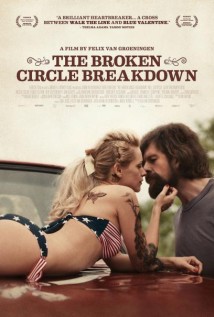 The Broken Circle Breakdown takes what could have been a melodramatic, cliché-ridden story and turns it into a compassionate portrait of human beings coping with the impact of great tragedy while lacing it with joy, humour, and some of the best bluegrass music this side of the Appalachia. And it’s set in Belgium! Elise and Didier fall in love at first sight, in spite of their differences. He talks, she listens. He’s a romantic atheist, she’s a religious realist. When their daughter becomes seriously ill, their love and their beliefs are put to a severe test.

“A potent blend of true love, tragic illness and bluegrass music…plenty of joy to offset the sorrow.” – Chicago Sun Times

“It’s a thrill to see a film in which the makers really go for it: musically, dramatically, politically.” Sydney Morning Herald

“The two leads bring enormous warmth and integrity to their roles.” – The Hollywood Reporter

(Enjoy all four films, all four parties for only $99 with the Festival Package. After selecting your seats, simply choose the “4 Festival” pricing from the drop-down.)

(*Your Evening Film or Festival Pass includes a complimentary drink from the Lounge bar; appetizers, popcorn, coffee; a chance to win the Trivia Quiz prize basket and the opportunity to vote for the MIFF People’s Choice Award.)

Buy your Matinee Ticket for The Broken Circle Breakdown, 2:00 p.m., Sunday, August 31: $15 (Enjoy all three matinees for only $40 with your Matinee Package. After selecting your seats, simply choose the “3 Matinee” pricing from the drop-down.)

Become a Friend of the Foundation and receive 10% discount off your film tickets.