MIFF is first and foremost about a love of film. Providing some context for those films has been a big part of the MIFF experience from the beginning.  Each year, special guest interviews are arranged to correspond to certain films being shown at the annual festival.  This is one of the greatest ‘added-value’ features of MIFF and you can be certain to see more guest interviews this year after the evening screenings. 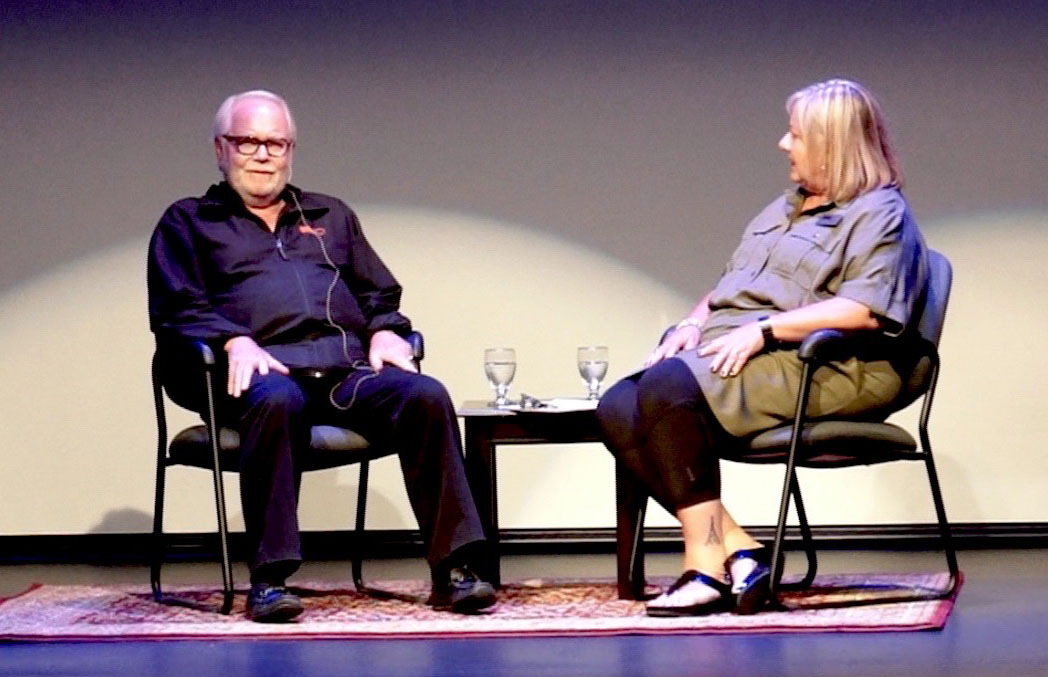 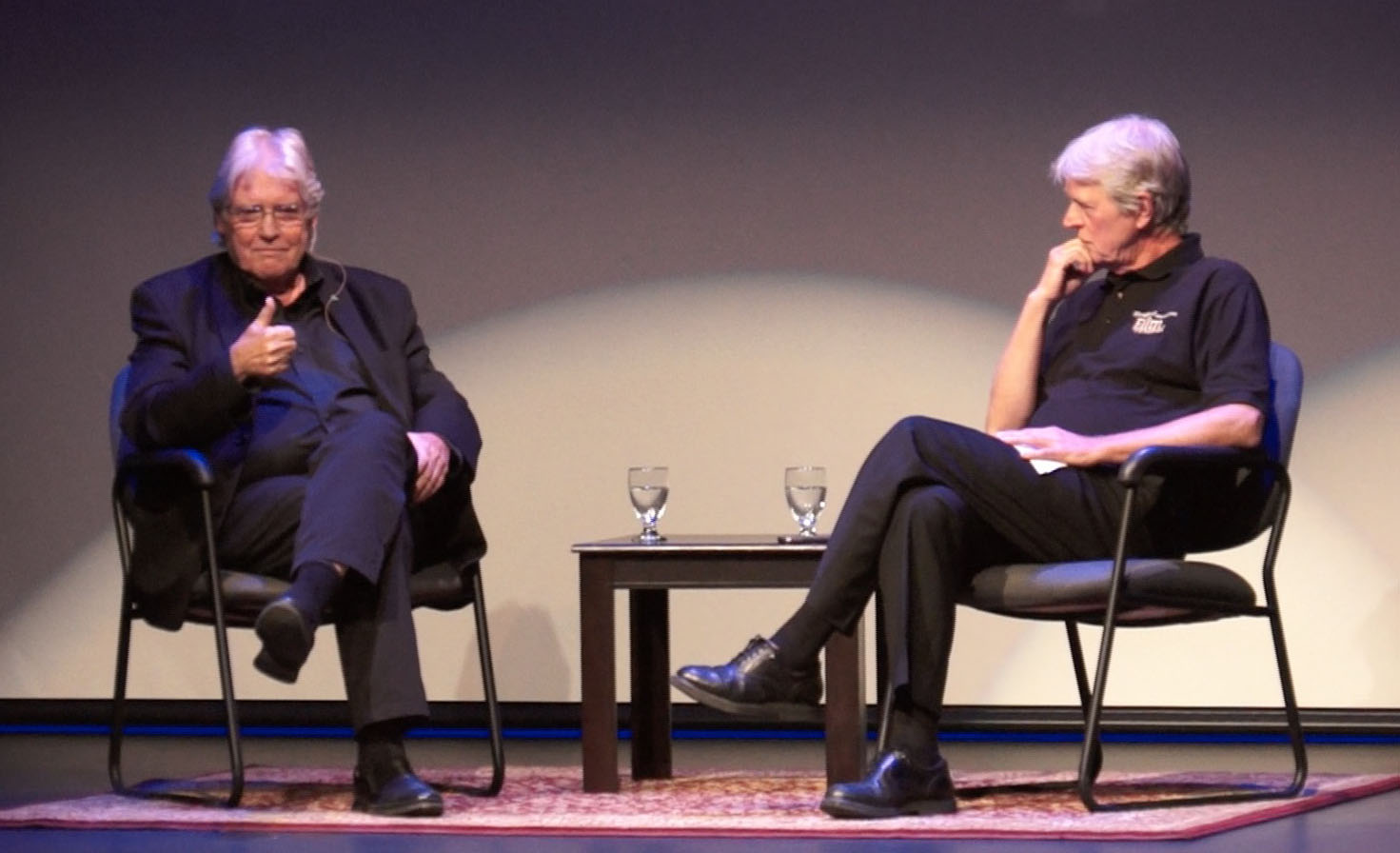 After the Czech film “The Teacher” Christopher Thomas returns as a guest interviewer to interview Paul Wilson a writer, editor, radio producer and translator who spent a decade living in the Czech Republic. 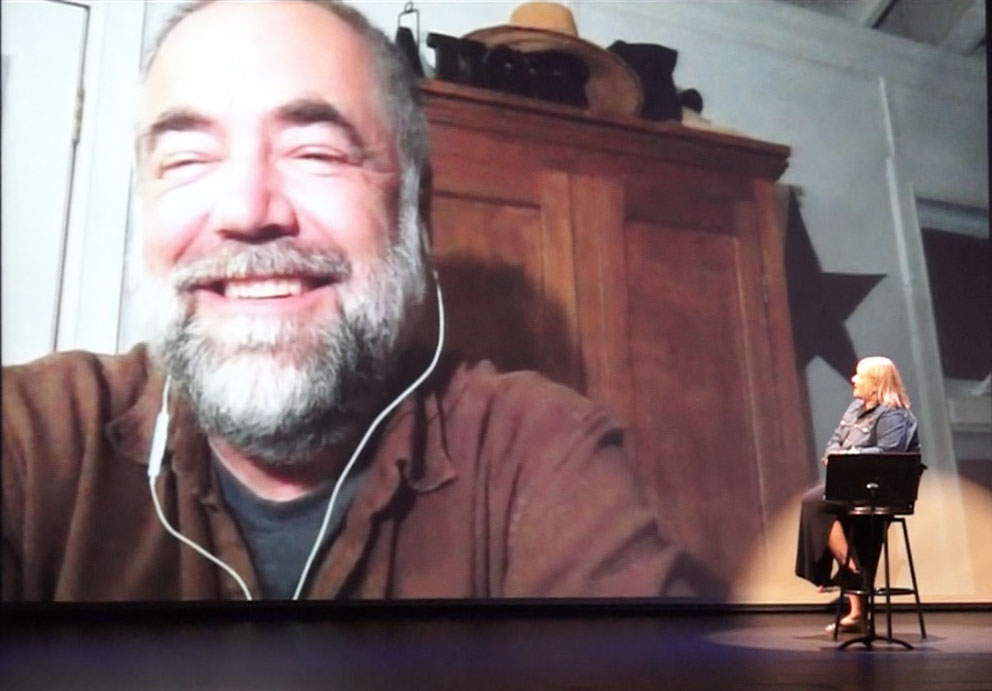 Documentary film maker and director Daniel Cross Skyped in for an interview with Joanne McKenzie to talk about his film “I am The Blues” from Montreal. 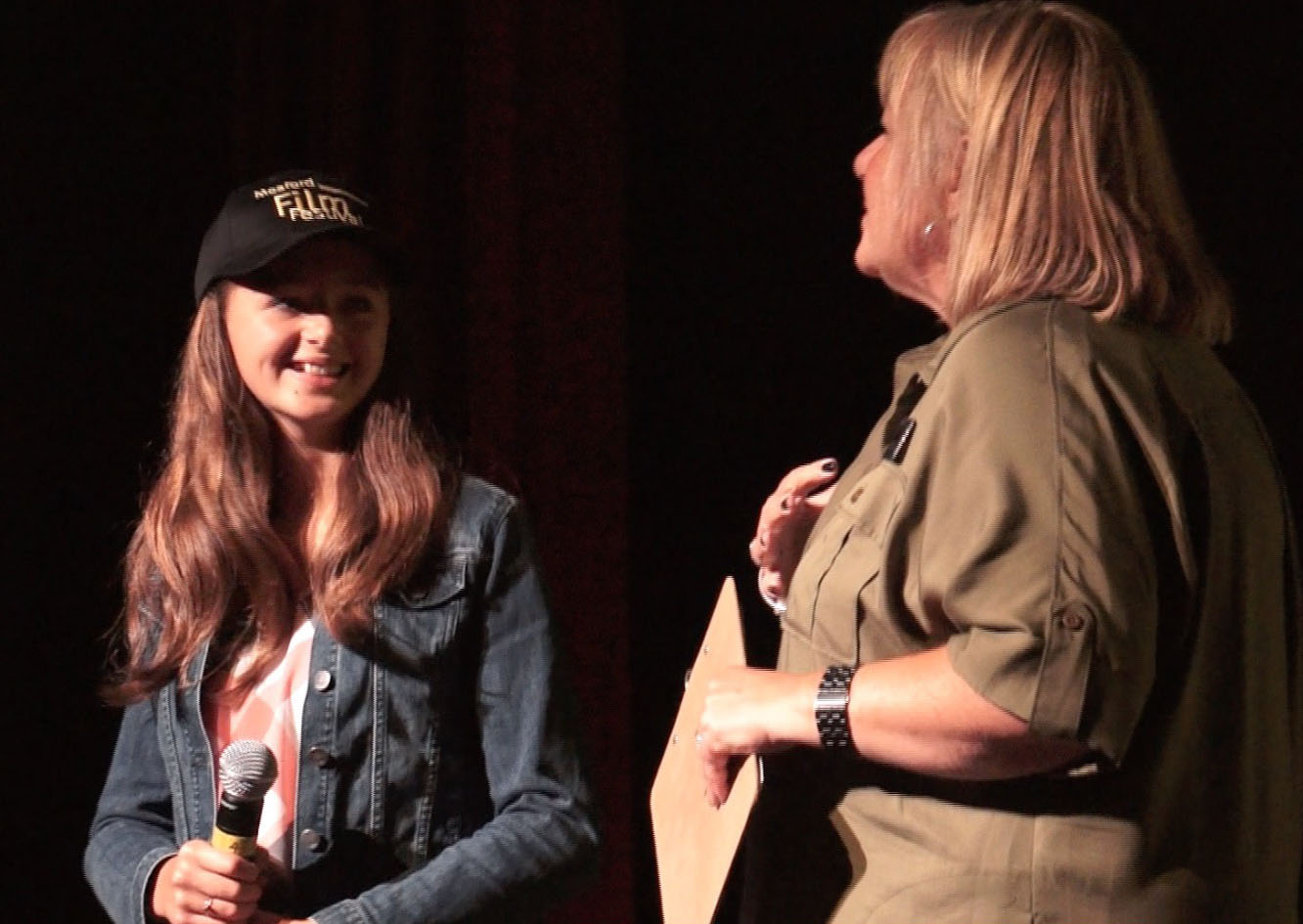 Sydney Black from Meaford talking about her film “Tea & Terror” 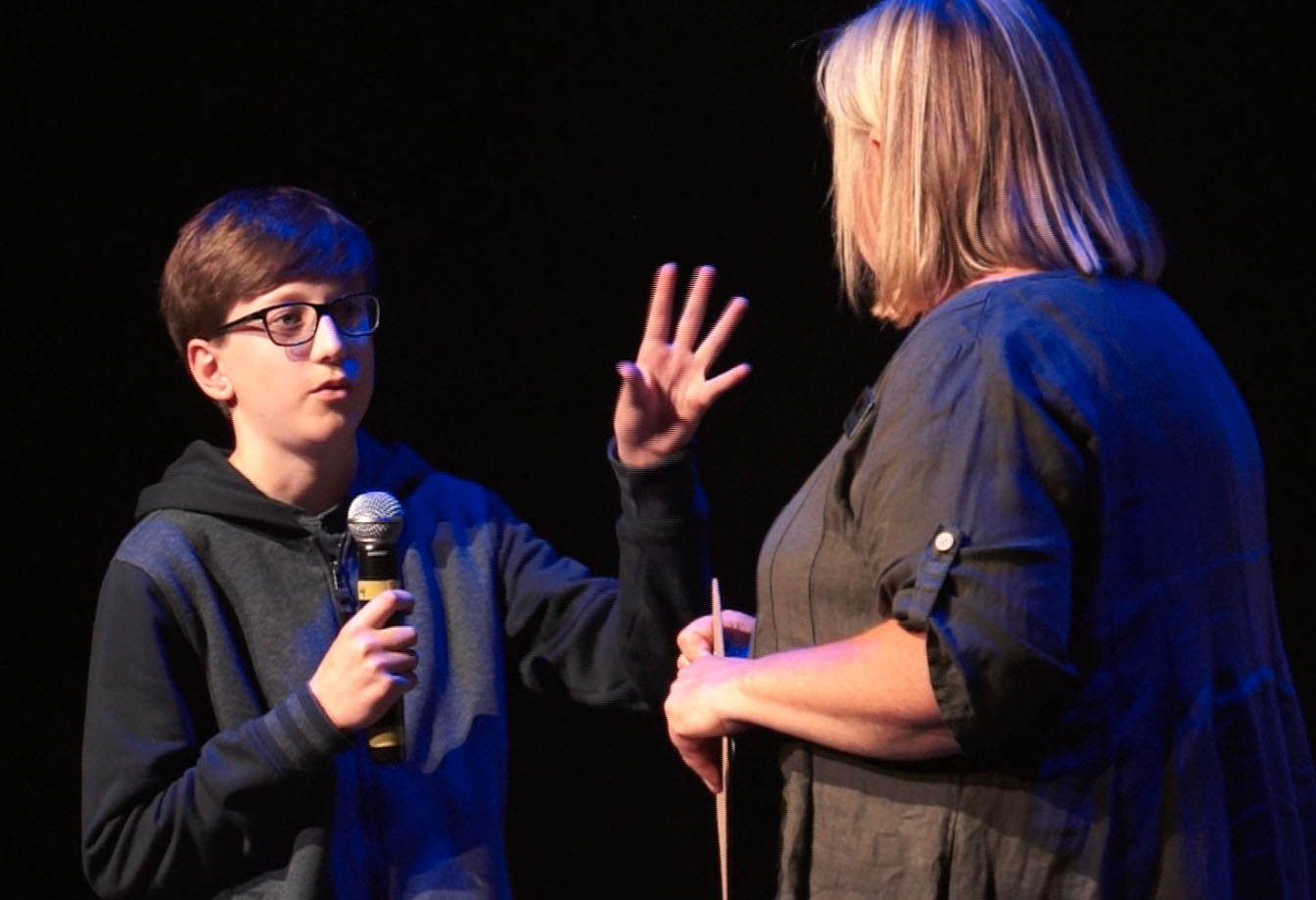 MIFF was one of the first film festivals to employ Skype technology so that audiences could hear the directors or principals talk about the film they had just seen. In our first year alone, we talked live with Ralph Nader (“An Unreasonable Man”). Then the highly acclaimed, award winning journalist/director David Sington joined us from the UK to discuss his astonishing documentary on the Apollo missions, “In the Shadow of the Moon”.

In 2012, the audience went wild when “Salaam Dunk”‘s hero, basketball coach Ryan Bubalo, showed up unannounced in Seattle halfway through the interview with director David Fine. We knew he was racing against traffic but didn’t know if he’d make it. What literally no one knew (except Christopher and the crew) was that another surprise guest was waiting in Iraq! The team Captain. We were going to reunite her and the coach. The film ended, our Skype calls went unanswered. It was 4 a.m in Iraq. While she was a powerhouse on the team and the silver screen, she’d fallen asleep and our crew’s endless calls couldn’t budge her.

One of the musicians on Paul Simon’s “Graceland” album said he’d be “honoured” to talk about “Under African Skies”, but disappeared into thin air after he landed in South Africa.

“The Dynamiter” director Matt Gordon was due to join us on location in South Texas. Five hours before show time, something went wrong, and he had to cancel. Pro that he is, he tried to get the film’s star, Will Ruffin, to fill in for him. Two problems: Will was at school in Memphis – no cell phones allowed. Everyone waited till school was out. Then it turned out Will didn’t have the right Skype equipment. With less than an hour to go, Will ran out to the store, found what he needed, rigged it all up, got changed, and was on camera on cue. The audience loved him.

In all cases, as with all of our discussions, our guests have provided insight, provoked more discussions and, in the case of exiled author Marina Nemat, decoded the symbols and veiled attacks on the Iranian government hidden in “The White Meadows”.

Read the behind-the-scenes story about the Restrepo interview and how Meaford Hall became an army outpost for a night.